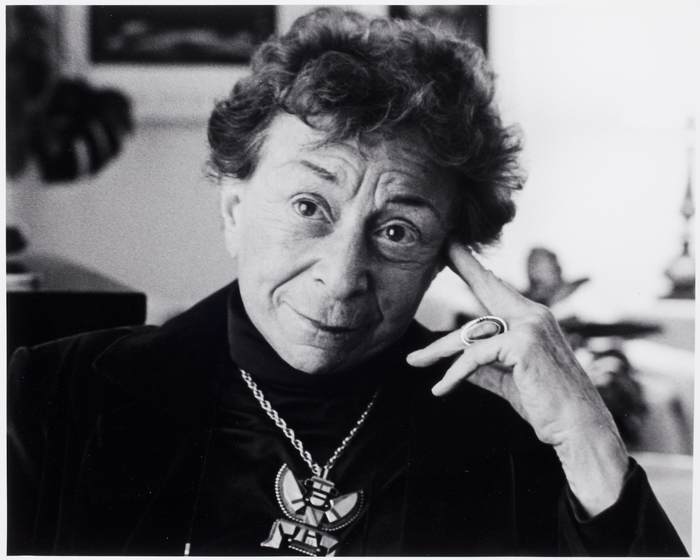 Ruth Bernhard was born in Berlin in 1905, and began her artistry at the Berlin Academy of Art. After moving to New York in 1927, she began a career in commercial photography. She began photographing her famous female nudes in the early 1930s, and soon became acquainted with Berenice Abbott and her inner circle. Almost a decade later she met Edward Weston by chance on the Santa Monica beach, whose compelling images convinced her that photography was indeed a creative medium.

In 1953, Bernhard moved to San Francisco where she continued to live and pursue her many photographic interests. Bernhard is associated with the history of Northern California’s wealth of eminent photographers, among them Edward Weston, Ansel Adams, Imogen Cunningham, Dorothea Lange, and Minor White.

In a career spanning more than seven decades, she created an imposing body of work. Distinguished by their exquisite use of light, her images have been internationally recognized and acclaimed by her peers. Radiant still lifes and nude forms reflect her passionate search for the universal connection of all things. Bernhard’s work has been exhibited and included in the permanent collections of major museums and universities in the United States, Europe, Japan, and Mexico, and has been published worldwide.

Her latest publication is Ruth Bernhard: Between Art & Life by Margaretta K. Mitchell. Other publications include Ruth Bernhard: The Eternal Body, 3rd edition, 1998, Chronicle Books, San Francisco, California, and Ruth Bernhard: Gift of the Commonplace, 1996, Woodrose Publishing, Carmel Valley, California. All three books are available for purchase at the gallery.